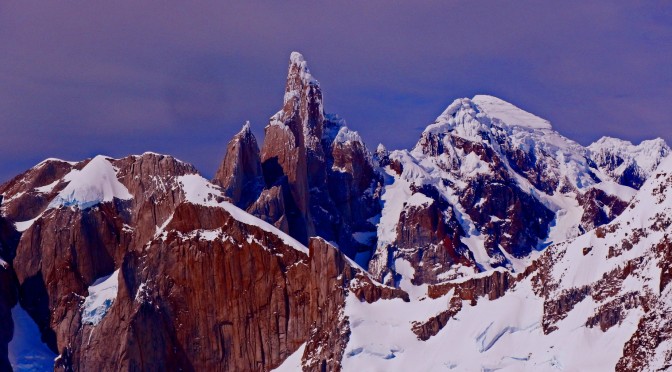 We arrived in El Chalten on Friday 25.10. after changing our expedition plan from first intended Cerro San Lorenzo to El Chalten Massif due to Nejc`s broken shoulder. So Nejc should stay at home, only me and Boštjan flew to Patagonia.

Our first objectivs lied in Torre Cordon. We planned to climb Cerro Torre via Ragni route and then rappel down to Col the Congvista and climb Torre Egger via Venas Azules. Weather forecast on Sunday 27 th of October promised at least two good days for approach and after stormy Wednesday, at least two good day for our climb. Not a lot, but in a manner, ˝we are here to climb not to wait excellent conditions˝, we started in Monday morning, had first bivouac just below a Nourvegous in a beautiful conditions. Next day we crossed Col Standarth and digged a snow cave 200 m below the Col the Ezperanza. Wednesday was bad, with strong wind and snowy storm, as forecasted, so we stayed in the cave and held finger crossed for good Thursday. On Thursday 31.10. we started at 3. am in a foggy and snowy conditions. After half an hour when we couldn`t find right way to Ezperanza – there were lots of new snow- decided to return to our cave and wait that weather changed its unkindly and unpredicted face. Weather change came late, at 9. am. We quickly decided to start and not to wait on Friday. We reached Esperanza at 11. am and stared climbed on quite hard and glassy ice. Due to hard ice and our dehydrations (one of two bottles of liquids unfortunately had fallen in cravassenes) we didn`t climb as fast as we wished. So we reached last mushroom at 8.30. in the evening. Mushrooms were from unconsolidated snow and had some problems to climb already first two of them. When we tried to climb last one, we realized we were run out of time, cause there was sunset on horizon and clouds far away which were approaching with incredible speed. On rappels down we were hit by very strong wind and again snowing. We fallen in our sleeping bags at 1.30. am. On Friday, there was bad weather and we decided to descend via Paso Marconi, it was quite hard work without snowshoes and very bad weather. Digging cave one more time on Paso Marconi and after 6 days and 5 bivouacs happily reached Piedro del Fraille on Saturday 2.11.2013

After something more than one week, when we had successfully healed our faces, lips, and bloody collies, there finally another two days of good weather was forecasted. Our objectives were that time in Cordon Marconi, of course we had had enough time to watch its beauties during our long descend from Cerro Torre via Ice Cap two weeks ago.

We started our approach on Tuesday 12.11. in the morning in a quite winter conditions, reached our filled up cave in the evening. After very wet night when was snowing into a cave all the time, we dried our gears in a sunny Wednesday, next day. On Thursday 14.11. we started approaching Cerro Dumbo at 3.am in a good weather. At 7.am we reached the first steep slops under the headwall. First 400 m climbed unroped on slopes to 60°. In the middle sections we roped and climbed mixed pitches, first one (M6) goes through gully and then continues on steep ice and rock (to 85° – M5). Rout reached the top of a pillar and follows an easy snowy ridge to the last 300 m wall. There you climb steep ice (to 85°/M4). Bellow the summit it reaches an easy snowy ridge which leads to the summit of Cerro Dumbo, cca 2465 m? Altitude on hand watch was 2485 m.

For descend we made 7 rappels, first of them on route direction, than traverse on right where are snow slopes which can be lower down easily climbed downwards. 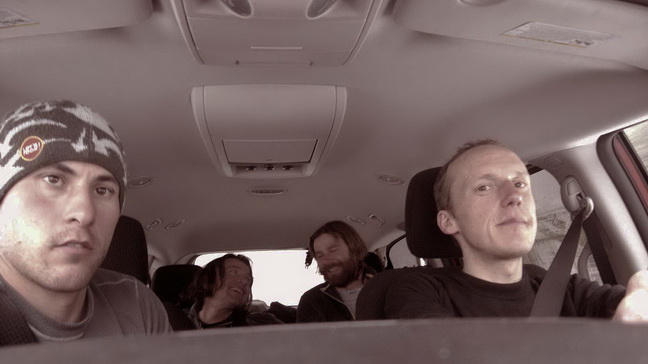 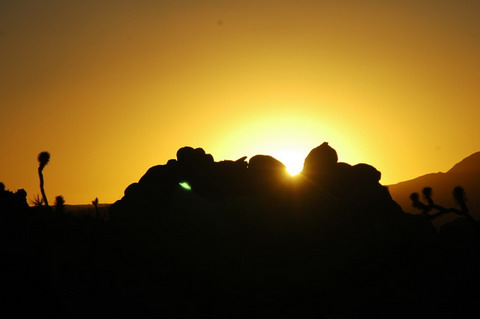 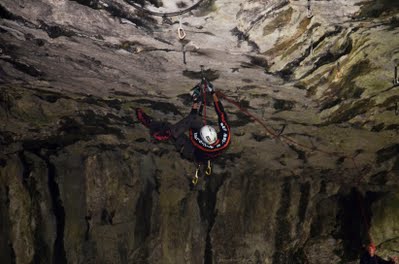 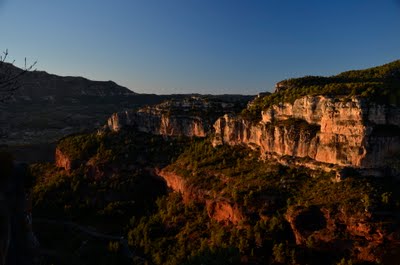 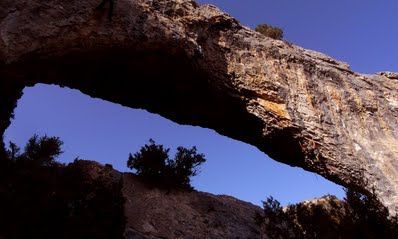